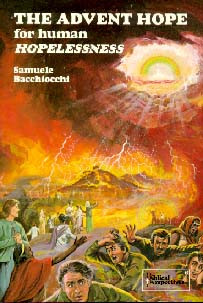 There is a boom today in Christian literature dealing with biblical prophecies on the end of the world. Much of this literature treats the prophecies with either skepticism or sensationalism. The result is that many ordinary Christians are either abandoning their hope in the return of Christ or becoming excessively preoccupied with watching for imminent events that are supposed to bring about Armageddon. Advent Hope for Human Hopelessness endeavors to meet the dual challenge of skepticism and sensationalism by presenting a balanced Biblical analysis of many vital topics related to the Second Advent. Some of the significant questions examined are: How did the Advent Hope originate and develop in Biblical history? What is the nature and function of the Advent signs? Which Advent signs are finding an unprecedented fulfillment in our times? Can the 1948 establishment of the State of Israel be legitimately viewed as a major Advent sign of our times?