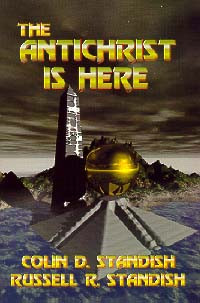 In this new updated, second edition book, the authors look carefully at the scriptural identification of the antichrist. They have researched the historical identification of past generations and are convinced the anitchrist is present on earth now. You will read undeniable evidence in support of their findings. They have taken especially those events which have transpired in the last decade and measured them in the light of biblical prophecy.

So who is the antichrist? The pre-Christian Jews looked for the anti-messiah. They had read the prophecies of Daniel concerning the little horn power of Daniel chapters 7 and 8. They had studied the abomination of desolation, and when, in the second century BC, the Selucid kind Antiochus Epiphanes conquered Judah and desecrated the temple in Jerusalem by sacrificing a pig on the altar, they wondered if he was the fulfillment of the antichrist. When Antiochus was driven out, they reconsecrated the temple.

This is a must read for those who are interested in biblical prophecy and its outworking in contemporary history.