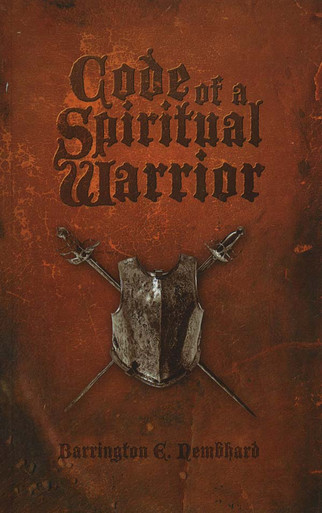 The battle for man's mind, body, and soul has raged between the forces of Light and the forces of darkness for 6,000 years. Ever since man's expulsion from the garden of Eden for disobedience, he has had to wander in the wilderness with guilt and regret.

As the family of man became torn apart by his fallen nature of the flesh, lust and greed, all appeared lost.

But the promise of God remained that He had a plan of deliverance. That promise extended from Adam to Noah to Abraham to Isaac and Jacob and to the Jewish nation through the line of David to the manifested Word Jesus Christ.

The battle that started in heaven has resumed on earth. The price had to be paid, blood for blood; Christ's for Adam's. The foe, the enemy of all Righteousness, knows he lost the war, but he engages the individual in battle to join him in his lost state.

So it is, there are two minutes left in the game of life for man to reach the goal-line of eternal life . . . but man has a role to play as well. Examine the lives of four warriors who lived and fought for God—Ezra, Joshua, Gideon, and Samson—in the pages of this book. Use the keys presented to soar to . . . YOUR DIVINE DESTINY!