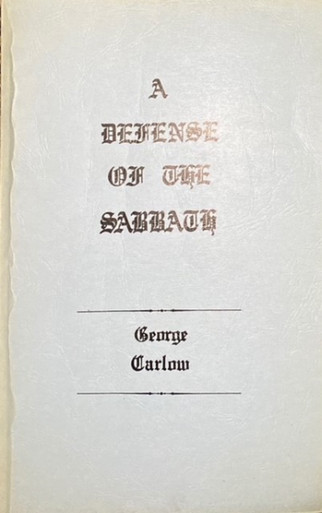 Book is very clean and sturdy.

The Author to the Reader
Advertisement to the Reader
Defense of the Sabbath
The notion that the Sabbath requires simply one seventh part of time to be dedicated to the Lord, confuted
The Sabbath instituted not for the Jews only, but for mankind at large
The rigorous and burdensome character of the Sabbath considered
The Sabbath not Ceremonial
The glaring impiety apparent in those who alter the language of God's Law
The pretense of a divine institution for keeping the first day considered
Mr. Ward, failing to prove his position by the Word of God, receives help from other sources, or from Profane History
The arts used by the Papists to establish the observance of the first day of the week in England and Scotland