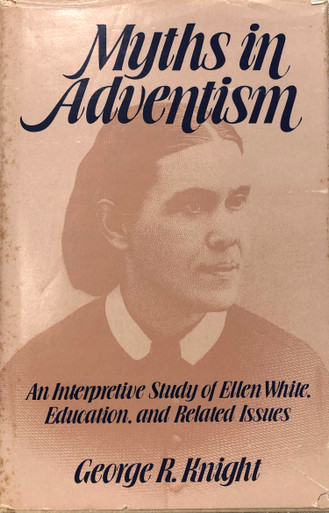 *Condition Notes: This book is very clean and sturdy.*

Have you heard that Mrs. White gave us a blueprint for Adventist schools? Has someone told you that Mrs. White said we should not have our schools accredited? And you may have heard that she defended ignorance as a Christian virtue. But can you believe it?

George R. Knight examines 19 myths about Ellen White, education, and Christian living that have caused controversy among members for a hundred years. Often these misconceptions are the basis for angry, critical letters that arrive on the desks of educators and other church workers.
Knight studies the origin of these ideas, such as the belief that the bible should be the only textbook for all subjects, that true stories are the only ones fit to read, or that a quiet classroom is a good classroom.

While he uses misunderstandings as a starting point, Knight advances in every chapter to a positive note. Brick by brick he builds a more solid foundation for Adventist thought on education and other topics.