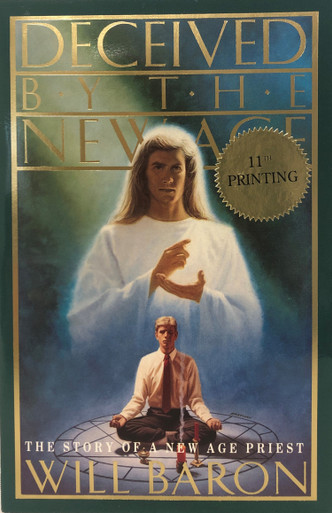 When the dazzlish spirit-being appeared to him during his morning meditation, Will Baron thought it was Jesus Christ. He was wrong.

Deceived by the New Age is unlike any book you've read about the New Age movement. It is the chilling firsthand account of Will Baron's life as a New Age Priest. Of shocking encounters with a false Jesus. And of a master plot to infiltrate Christian Churches with "another gospel." More than a testimonial, Deceived is an urgent warning to Christians that the "Mastermind" behind this movement is preparing to unleash the greatest deception ever to confront humankind.

Currently residing in southern California, Will Baron believes his mission is to warn people of New Age philosophies and practices that are beginning to infiltrate Christianity. His story has been aired on more than 800 radio stations though syndicated talk shows, numerous televised interview programs, and on Pat Robertson's "700 Club.