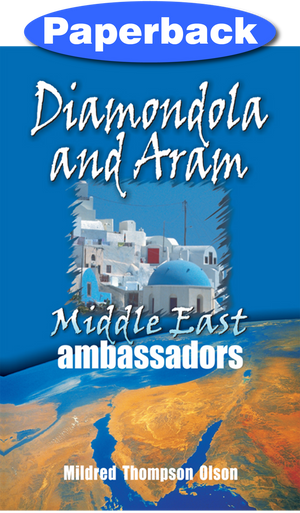 Diamondola and Aram were God's ambassadors to Turkey, Iran, Greece, Cyprus, and Lebanon. Together they endured many bitter disappointments and hardships. They lived in constant fear of arrest. Yet they still opened their home to the persecuted and homeless, contacted some of Iran's elites, were driven from Greece, learned to ride bicycles in Cyprus and recuperated in Lebanon. At age 89, Diamondola went as a missionary to Africa.

This is a sequel to the popular book Diamondola, and it will captivate the interest of young and old alike. This is the saga of modern Christian heroes who dared to preach the gospel in Paul's Asia Minor and Esther's Persia.