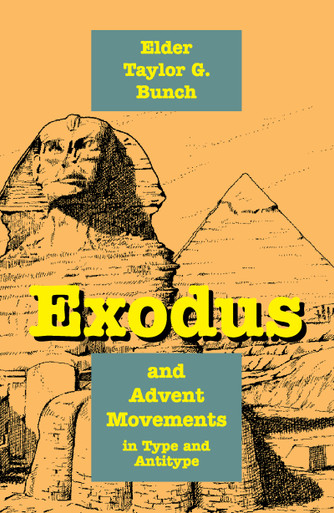 The experiences of ancient Israel under the Exodus movement were a type of the experiences of modern Israel under the Advent movement. They are parallel movements. Ancient literal Israel was called out of ancient literal Egypt and led through the wilderness to the promised Canaan land. Modern spiritual Egypt and Babylon, symbolic of darkness and confusion, is being led through the wilderness of sin to the heavenly Canaan land.

Taylor Bunch was a well-known author. In addition to Behold the Man! and The Ten Commandments, he also wrote this book, The Exodus and Advent Movements in Type and Anti-Type.