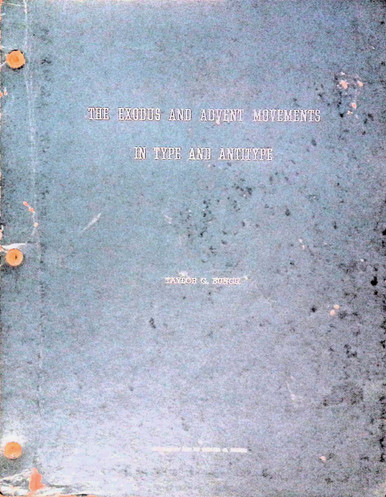 Condition note: Syllabus is intact and clean. It is a well used book.

This series of thirty-six sermons on the parallels between ancient and modern Israel in the Exodus and Advent movements were delivered during the Sabbath afternoon vesper services in the Battle Creek Tabernacle. They are being published in this form for the special accommodation of those who heard them, and also because of requests from ministers and other gospel workers who desire them. This series is of special value in meeting apostates and divergent movements, and in establishing Seventh-day Adventists in "the faith which was once delivered unto the saints."