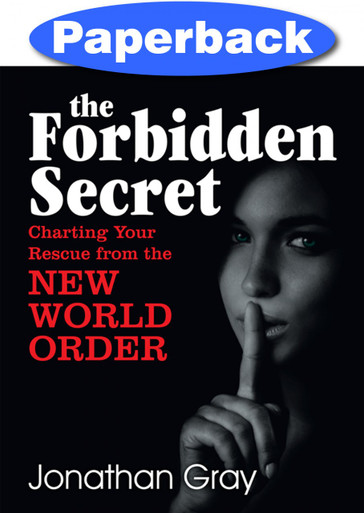 The one thing that isn’t a secret is that our world is in a monstrous MESS! A murderous mob has seized control of our planet. They have chilling plans for you and your family. The elite have sworn to suppress the forbidden secret, discredit it, and keep it from the public. They have deceitfully manipulated every aspect of our society—mentally conditioning us to doubt, ignore, or reject the survival strategy offered in The Forbidden Secret. But a powerful figure is set to smash their agenda. Meanwhile, a rescue plan is in place, and simple steps will guarantee your survival.

As a front-line field archaeologist for the past forty-four years, he has penetrated some largely unexplored areas, including parts of the Amazon headwaters. He has also led expeditions to the bottom of the sea and remote mountain and desert regions of the world. His findings include evidence of ancient Egyptians in the Americas, giant human remains on a remote Pacific island and Egyptian chariot parts and skeletal remains scattered over the seabed.

He has published more than 100 books and videos, written several hundred papers, and hosted newspaper columns. Gray is a highly sought after speaker, appearing on numerous television and radio shows and before live audiences worldwide.

Gray joined the Seventh-day Adventist Church in 1949, and his home church is located in Thames, New Zealand.