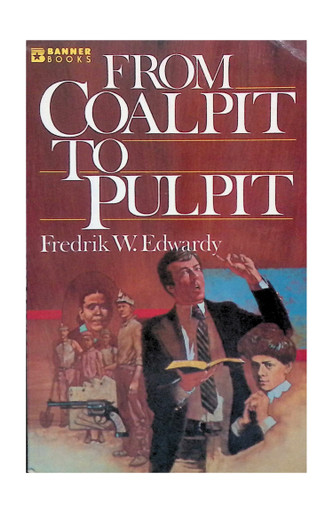 *Condition Note: Book has yellowed pages but is clean and lightly used.*

A stuttering coal miner with only nine grades of education. That was the condition of John Lewis Shuler when God found him at the age of 15. But God saw in that Illinois boy one He could use. And John was willing.
Shortly after his conversion under the ministry of ex-baseball professional turned evangelist Billy Sunday, John became the leader of the local Seventh-day Adventist church. Soon conference administration recognized his abilities, and he was called to become a denominational worker. Eventually he grew to be one of the most successful evangelists the Seventh-day Adventist Church ever produced, and was for years a teacher of evangelists at the Seventh-day Adventist Theological Seminary.
Fredrik Waldo Edwardy is a retired journalist, editor, and artist living at Angwin, California. Most of his professional years were spent editing a number publications.
Author Edwardy himself appears in this book as the small boy who was fascinated by the horrible animals Evangelist Shuler's sign painter was making. This contact led him and his mother into the Adventist Church.