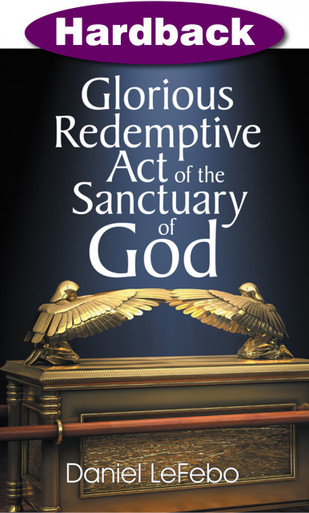 After the fall of Adam and Eve, God instituted a plan of action to restore His creation to a loving relationship with Him. But before God sent His Son to serve as the atoning sacrifice for the sins of the world, He sought to develop a covenant relationship with His people to prepare them for the Messiah and their role in spreading the Word of God to a fallen world.

God sought to be a sanctuary—a place of refuge or safety—for His people. He sought to dwell among them and teach them His ways. He sought to point them to the coming Messiah and the work of atonement that Jesus would perform.

After Christ’s incarnation, life and ministry, death on the cross, and ascension, God once again sought to be a sanctuary for His fledgling church by dwelling in them through the Holy Spirit.

Glorious Redemptive Act of the Sanctuary of God examines the wilderness sanctuary service, the earthly/human sanctuary, and the heavenly sanctuary to gain a better understanding of God’s plan for His people in the closing days of earth’s history. The time is short, and we must be ready!

Daniel LeFebo, a Dallas, Texas, resident, is a traveling minister and evangelist. During his forty-year career he has served as a youth organizer and youth evangelist in the Ethiopian and East African unions of the Seventh-day Adventist Church. And, since 1994, he has traveled the world speaking to various groups, reconciling divided churches, and holding evangelism meetings in America, Canada, Europe, Ethiopia, and South Africa. A graduate of Andrews University, Pastor LeFebo received a bachelor’s degree in 1984 and a master of divinity degree in 1987.