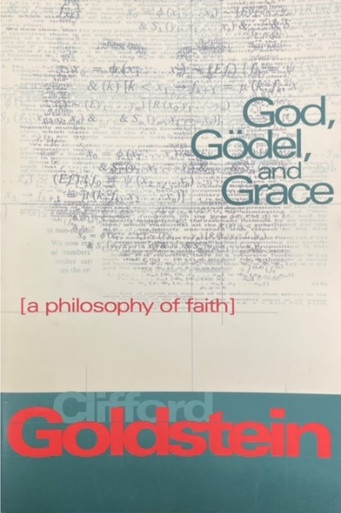 DOES ANYTHING MATTER? Nothing is certain, not even that. Is life absurd, without purpose and meaning, or is there a formula beneath the ferment? Is religion merely canonized illusion, morality a mirage, and the only remaining sin, as Nietzsche says, "the sin against the earth"; or does humanity’s moral compass have a true North Pole? Is faith a leap into the absurd, or a leap over it? I believe, in order that I may understand. Though for centuries, science, philosophy, and logic have been used to dismantle faith, God, Gödel, and Grace turns these hammers and chisels into tools that build a logical, philosophical, and even "scientific" basis for faith. The human race is just a chemical scum on a moderate-sized planet. No Exit. Using everything from Beckett to C. S. Lewis, from the Gospels to the poetry of Wallace Stevens, this apologetic unapologetically confronts the hard questions that continually dog Christianity. And though one can never "prove" what needs to be taken on faith, it shows just how reasonable it can be to believe in what goes beyond reason. I am the door. Belief has never made so much sense. –Jesus –Sartre –Hawking Along the way, the book asks what almost everyone asks: Why does a loving God allow evil? What about the dilemma of death? And how can faith answer a leaping and bounding atheism? And it even asks what not everyone is asking, such as How does Kant’s epistemology strengthen faith? What does quantum theory reveal about the limits of reason and special relativity about the limits of sense perception? And why can Kurt Gödel’s incompleteness theorem be an powerful tool in the hands of believers?

CONTENTS Trinkets of Death; Chemical Dilemma; Quantum Leaps; "The Children...What Am I to Do About Them?; Other People's Pain; The Child, Unmodified; Fundamental Constants; The Eternal Divisor; Either/Or;