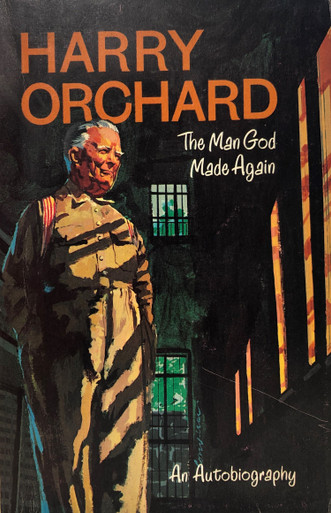 The story you are about to read is a true story, every word of it. It is drawn from actual life. Here is laid bare the inner life of doubtless the most notorious criminal of his generation. Here also is shown his transformation from archcriminal to ardent Christian.

This is the story of Harry Orchard. It was first written in 1907, before the maturity of his conversion. The emphasis then was on his criminal record. He has four times since that date put it into manuscript form—in 1917, 1931, 1941, and 1948—as the record of a life transformed by Christ. The chapters that follow are a blending or collation of the four manuscripts.

The one whose life story is told was the murderer of more than a score of men and the criminal tool of the Western Federation of Miners, a radical labor organization which had its tentacles spread all over the Northwest around the turn of the century but has long since been dissolved.

Foreword—The Man God Made Again
Off to a Good Start
The Fatal Plunge Into Debt
The Far West and Federation Violence
From Rolling Stone to Fiery Federationist
Entangled in the Toils of Crime
Steunenberg's Assassination My Crowning Crime
The Struggle Over My Confession
The Motive Back of My Confession
On the Witness Stand in Open Court
This Is the Way, Walk He in It
Great Peace Have They That Love Thy Law
And so, Farewell, My Reader Friends
Epilogue--The Diary of a Walk With God
Appendixes
A. "The Genuineness of Orchard's Conversion and the Honesty of His Confession."
B. Assistant Warden Ackley's Testimony to Orchard's Transformation
C. "The Truth or Orchard's Story."
D. Judge Wood on the Truthfulness of Orchard's Confession
E. "Why I Made Public Confession of My Crime."
F. "A Life Sketch of Harry Orchard."