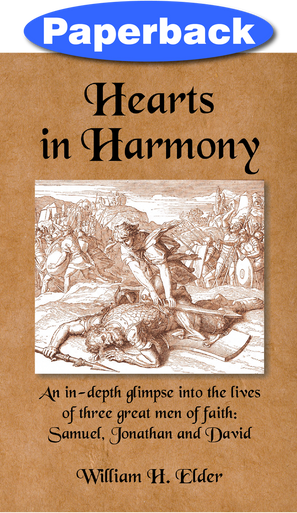 Faith. Loyalty. Service. Devotion. Love. These words describe the lives of three prominent figures in Israel whose lives were intertwined by divine appointment.

Samuel, Jonathan, and David were outstanding leaders in the nation of Israel and were known for their devotion to God. From birth, each of these men were taught by their mothers to love God, obey His counsel, and serve Him with all their hearts. Whether making choices about marriage, war, national problems or family issues, these men turned to God for instruction and guidance. They were pillars of wisdom in their community and in the nation.

Although Samuel, Jonathan, and David were godly men, they made their share of poor decisions. Samuel and David both struggled with parenting and raising boys that followed in their footsteps. Instead, their sons were influenced by extended family members who were more interested in worldly pursuits.

In addition, there were instances in Samuel and David's lives where they followed their own desires and failed to seek God's advice. These situations always resulted in pain and sufferings for them and those around them. Fortunately, God always forgives. Although they had to pay the consequences of their sin, their relationship with God remained strong.

Hearts in Harmony provides an in-depth glimpse into the lives of these great men of faith. Through a narrative account of their lives, you will gain a deeper understanding of their triumphs and struggles as they walked through life holding on to the hand of God and following his providential leading along life's path.