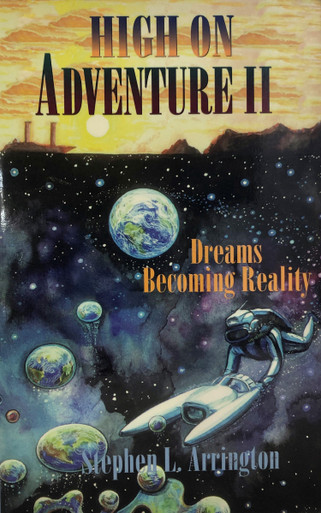 In High on Adventure II, he contrasts the excitement of living in God's light with the darkness he once knew. "It was only through the grace of God," he says, "that I found true happiness in life."

Come swim among a pod of fifteen humpback whales in an underwater stampede.
Explore molten lava as it flows underwater and get caught in a submarine landslide.
Get soaked by a great white shark-induced wave.
Climb the earth's newest volcano.
Lay alongside a fifty-foot-long whale as he sings with the intensity of a cathedral organ in the warm tropical waters of Hawaii.
Join Olympic athletes as they cavort with a pod of friendly Atlantic spotted dolphins.