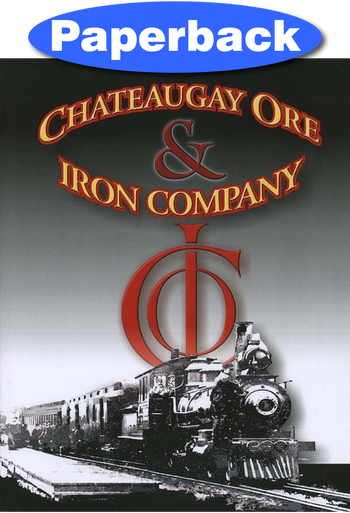 The history of the Chateaugay Ore and Iron Company is a story of an "ironworks" that was founded, among others, in the dense wilderness of the Adirondack Mountains, in New York State. Adventure and romance filled many of the years of its pioneer founders and builders.

The steady growth of the company was due to the exceptional quality of its iron ore, which was conceded to be the best found on the American continent, and possibly in the world. The Chateaugay Ore and Iron Company became a subsidiary of The Delaware and Hudson Railroad Corporation, to which it became a substantial contributor of freight traffic.

This history of the Chateaugay Ore and Iron Company was compiled by Mr. J. R. Linney, vice president of the company in 1934, and coincided with an annual inspection trip of the Board of Directors of The Delaware and Hudson Railroad Corporation.