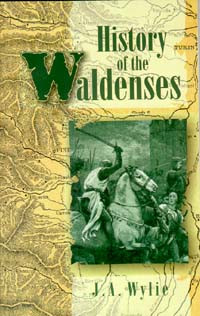 The Waldenses were among the first of the people of Europe to obtain a translation of the Holy Scriptures. Hundreds of years before the Reformation they possessed the Bible in manuscript in their native tongue. Here the light of truth was kept burning amid the darkness of the Middle Ages. Here, for a thousand years, witnesses for the truth maintained the ancient faith.