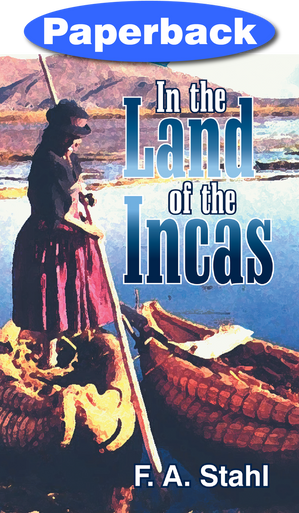 Hailing from the Midwestern United States, business couple Fernando and Ana Stahl arrived at the altiplano (high plane) of Peru in 1909, beginning three decades of work among the peoples of the Andes and the Amazon.

In the face of formidable barriers posed by race, religion, and class, the Stahls threw in their lot with the indigenous peoples. In addition to founding chapels, clinics, and markets, this couple established the first indigenous and first co-educational school system in the highlands.

"The Adventist school system opened the way for the indigenous population of the altiplano selfhood and self-sufficiency. The Stahl gospel both converted the hearts and changed the social fabric of the highlands."—Ruben Chambi, Congressional Deputy / Stahl school alum, 1989

"Stahl transforms the spirit of the Indian, making him aware of his rights and obligations and showing him the route towards human dignity—treating him more as a comrade than a proselyte. I render homage to those Protestant educators who sacrifice all to the service of human redemption."—Jose Antonio Encinas, Congressional Deputy, 1932