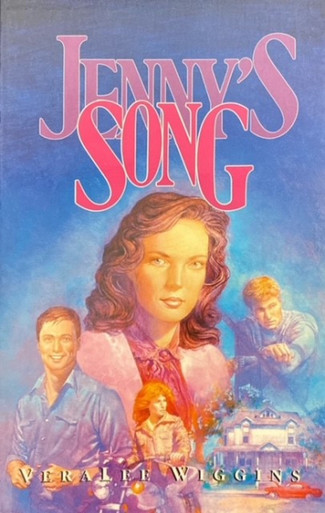 *Condition Note: Book is clean and gently used but has a crease on the front cover as well as general wear from much good use.*

JENNY-Jenny Cornell had been in love from the moment she had laid eyes on Fletch Leighton. His beautiful, compassionate eyes haunted her. She just couldn't forget him. He was so kind. Like no other man she had ever met. But how could religion make him so different?

VINCE-Muscular and blonde, Vince revealed in his blue eyes the pain he'd known since his wife had gone. But daughter Annie was about to fix that. She would ask Jenny to be her new mom.

CHARLEY-Charley, with her flaming red hair and emerald eyes, was Jenny's new roommate. Helmet in hand, she burst into Jenny's world like a bad storm. There wasn't anything Charley wouldn't say or do.

FLETCH-For some strange reason Fletch didn't intend to get involved with Jenny. Wasn't he engaged? But that one unguarded look. An engaged man would never look at another woman like that. Unless he shouldn't be engaged!