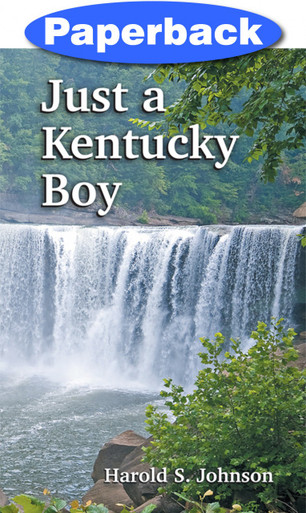 How does a country boy from Kentucky end up teaching and preaching in Lebanon and Africa, among other foreign countries? Simple! God had a plan for Harold S. Johnson—a plan that included spreading the gospel in the States and overseas.

In his younger years, Harold did not aspire to be a teacher or a pastor, but God touched his young heart through the Voice of Prophecy when Harold was serving in the military, and he never looked back. After accepting Christ, his faith was tested, but he stood firm for his beliefs, and God provided for his needs.

After being discharged from the military, Harold pursued a college degree and embarked on a whirlwind journey of serving the Lord overseas. Despite tragedy, hardships, daunting responsibilities, and political unrest, Harold faithfully served God where he was placed.

Even in retirement, Harold continues to work for his heavenly Father, now serving as a hospital and military chaplain.

“Just a Kentucky Boy” is a reminder to all of us that God can use everyone who fully surrenders to Him.

Note: Proceeds from the sale of this book will go toward assisting the student missions program at Southern Adventist University.