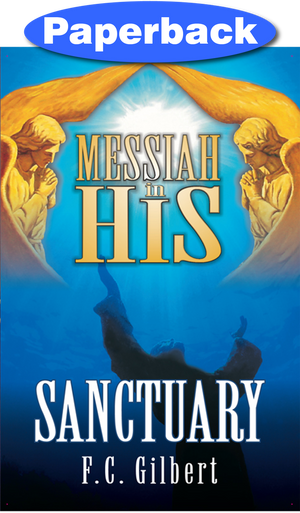 Nearly 25 centuries ago, the angel Gabriel foretold the time Christ would transfer His ministry from the holy place to the Most Holy Place of the heavenly sanctuary in preparation for the time when divine intercession for man's salvation would be finished.

Christ has revealed His plans about the reward of the righteous and the final disposition of evildoers inside the pages of the Bible. The Most High has assured us in His word that the root and branches of sin will be consumed into smoke and ashes—evil shall not rise the second time.

The sanctuary is mentioned in both the beginning and end of the Bible. Between these entries are some of the most fascinating and inspiriting themes that can occupy the human mind is revealed. The study of the sanctuary may properly engage the interest of the one who desires to understand the purposes of the Creator in the salvation of the rigorous and the final disposition of evil.

Frederick Carnes Gilbert (1861-1946) was born of Hebrew parentage in London, England. Emigrating to America, he accepted the Advent Message in Boston in 1889 and was baptized that year.

After attending the South Lancaster Academy (1890-1894), he was married to Ella M. Graham in 1896, and two years later was ordained to the ministry. For the next thirteen years he labored in the Atlantic Union Conference, and in 1911 he began work for the Jews under the aegis of the North American Division office. In 1918 he transferred to the General Conference, where he continued this work. From 1922 onward, he traveled all over the world in evangelistic work, which took him to Europe, Asia, Central and South America.