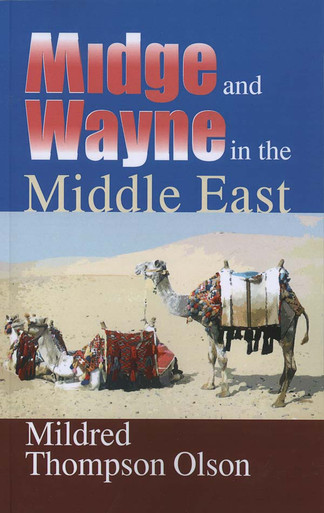 The words, "Foreigners have been killed," jumped out at me. Our house was six blocks from the hospital. I feared that Wayne and Ronnalee might be caught in the melee before they had time to get to the safety of the hospital. Maybe the hospital wasn't a safe place, either. My mind skipped from one thought to another: Had the military or the mob occupied the hospital? Were my family and friends still alive? Or were they among the foreigners who had been killed? What a pity that the young king had been assassinated!

Then the machine began typing out more information, "The United States is sending Marines into Lebanon to secure the situation there. They fear the trouble in Iraq might spill over to neighboring countries. The Lebanese Moslems are dissatisfied with the Christian majority leaders. Israel is worried that Jordan and Syria will attack them."

I turned to Julius, "It looks like the whole Middle East is coming unglued. Let's go."

Join Midge and Wayne and their children on their adventures through the Middle East to countries including Iraq, Lebanon, and Egypt. Although they are faced with danger and adversity, the joy and thrill they felt to introduce the people to Christ made it all worthwhile.

This is the last book in a four-book series on the life of Midge. Check out The Making of Midge, Midge on Her Own, and Midge in Lebanon.