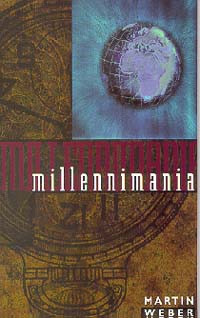 People are crazy about the new millennium. What's waiting around the corner? Speculation swirls . . .

Will Jesus return to Jerusalem in a UFO? Or would that be the anti-Christ impostor? Thousands around the world report miraculous appearances of Mary, mother of Jesus. One such apparition delivered the prophetic secrets of Fatima, which John Paul II regards as extremely significant. Does the Bible endorse these remarkably fulfilled revelations?

On March 12, 1999, NATO expanded into a recreation of the medieval Holy Roman Empire. A New York Times op-ed piece described this as a "dangerous historical and religious re-division of Europe: between a Roman Catholic and Protestant West and an Orthodox Christian and Muslim East" with strong links to present and former communists. Will the persecutions of the Inquisitions be repeated with the mark of the beast?

The U.S. Secretary of Defense warns about the "grave New World of Terrorism" where "ancient scourges would quickly become modern nightmares" Will an Islamic jihad attack launch the battle of Armageddon? Or does the book of Revelation predict a new age of world peace?