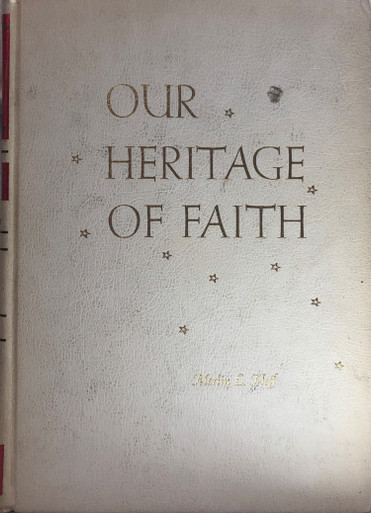 Merlin Neff writes about America's heritage of freedom, from the Israelites fleeing slavery by the Pharaoh, to Martin Luther's reforms, the Revolutionary War that brought about American democracy; about the Bible, and how it came to be written; and also about Moses, Joshua, and all the heroes and prophets of the Bible that made freedom possible.

III - OUR HERITAGE OF HEROIC FAITH, continued
Moses, Heir to the Throne
The Passover Feast
The Law Is Given From Mount Sinai
Building a Church in the Desert
Defeat at the Border of Canaan
The Death of the Rebels
The Man Who Missed Greatness
The Greatness of Moses
Marching Forward in Conquest
Dividing the Land of Canaan
When Judges Delivered Israel
Samson, a Power and a Failure
Ruth, a Woman of Faith
Samuel, a Devout Leader
Israel's First King
David Rises to Power
The Strong and the Disobedient
The Triumph and Tragedy of David
The Kingdom Passes to Solomon
Elijah, Crusader for God
Elisha, a Man of Peace and Power
In the Darkness, Hope!
Kings and Prophets of Judah
The End of a Valiant Kingdom
In the Royal Court of Babylon
Daniel, an Honored Prophet of God
Daniel Previews the Future
God's Prophetic Blueprint
Esther, the Dauntless Queen
The Return of the Exiles
Prophecies of the Coming of the Messiah