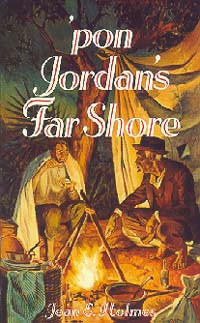 Book 4 in the Weldon Oaks Series.

Master Weldon was gone. Gilly was a prisoner of war and the family had lost both of their homes and all
their property. The Gullah people, now "free," continued to squirm under the heels of oppression-if not
from their Southern taskmasters, then from their so-called Northern Liberators. Gilly lay in a foul, roach
and rat-infested stockade on Hilton Head. His bowels were nearly rotted through with dysentery, and the
painful attacks of vertigo were becoming more frequent. in desperation, he reached for the slip of paper that could get him out of this hellhole.

I . . . do solemnly swear, in the presence of Almighty God, that I will . . to the utmost of my power,
forever oppose and discountenance all secession, rebellion, disloyalty, and everything looking to a
disruption of the National Union; that I utterly repudiate all allegiance to the so-called Confederate
States of America. . .

All he had to do was sigh it, and he would be set free. But the words, Traitor! Traitor! pounded through his feverish head, threatening to drive him mad. Was there no other way?

'pon Jordan's Far Shore explodes with the passion and horrors of the civil war and shows how the lives of the Weldon family, and those of their slaves, were forever changed by it. Brilliant writing, historical documentation , and compelling drama combine is this fourth book of the Weldon oaks Series.