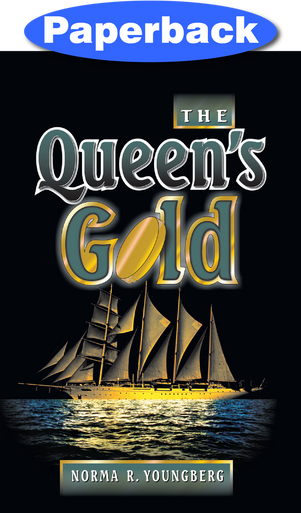 Steven, aboard a sailing ship en route from Malaya to Hong Kong with his family, awakens to find himself injured and being nursed by a native woman he does not know. Where is his family? The other shipmates? How did he get to be here with this stranger? Suddenly it all came flooding back in a renewed burst of awareness . . . Pirates!

Steven desperately needed to know what had happened to his father, mother, and sister. Were they safe with natives like himself? When would he be able to see them again? As this woman tended to his wounds, he became drowsy and sank back into a deep sleep, still wondering when he would see his people again.

Norma Rhoads Youngberg was born in Iowa and grew up in South Dakota. She comes from a family of teachers, missionaries, and writers. Her father, the late Bert Rhoads, taught school for fifty years and has written several books for children; her sister, Mildred R Bennett, is a recognized authority on Willa Cather.

In 1916 Norma Rhoads married Gustavus B Youngberg, a Protestant missionary, and she and their first child went with him to Malaya in 1919. The next years were spent in Singapore, British North Borneo, Sarawak, and Indonesia. They pioneered work among headhunters on the Tatau River of Sarawak. During twenty years of service they became parents of five other children, all of whom are now engaged in some form of Christian endeavor, either as doctors, nurses, or teachers. In 1940 the family returned to the United States.