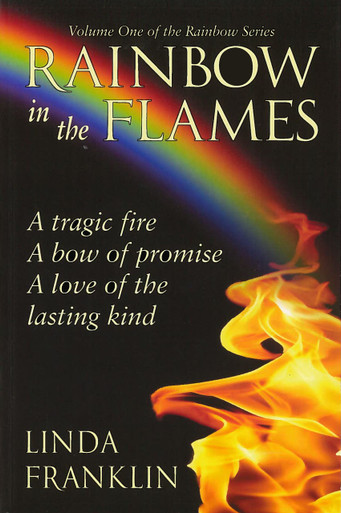 With a sickening dread, Linda suddenly realizes that she holds little Jed's survival in her own burned hands. The inferno that exploded their quiet world has left her eight-year-old son with severe burns over more than half of his body, most of them third degree. But with neither vehicle nor phone, how will they escape from the remote mountain?

Rainbow in the Flames is not only the touching survival story of young Jed Franklin's courageous uphill battle, physically and emotionally, from a severe burn injury, but it also includes the struggle of his parents to relate to their life-altering reality. Laugh and cry with the Franklin Family as they take their first steps toward healing.

Linda Franklin lives in the Peace Country of Northern British Columbia. She enjoys writing, is a gifted illustrator, and devoted grandmother. This is book One in the Rainbow Series--Book two is SHADOWS POINT TO RAINBOWS.

Books by Linda Franklin: You Can Survive (also available in Spanish), Country in My Heart, God's Appointed, Rainbow Series: "Rainbow in the Flames" (Book 1) and "Shadows Point to Rainbows" (Book 2), and On a Wing and a Prayer Series: "Just a Little Higher" (Book 1), "Staying Aloft" (Book 2), "Climbing the Heights" (Book 3), and "Such Sweet Songs" (Book 4).