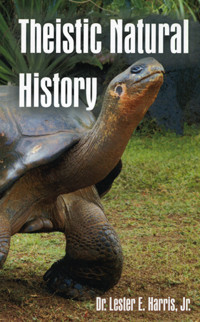 This book has Biblical answers to many fundamental questions. Consider the following: Is Satan real? Was Ellen G. White really a Bible type prophet, and recognized as such by God? Are Bible Creation and Noah's Flood to be believed as literally true?

In this book, Creation is discussed in a common sense manner. The second chapter of Genesis, considered by many to be a second creation account, is disputed. Chapter two is actually an adjunct to chapter one; certain events, especially the creation of Adam and Eve, and the true picture of the origin and nature of dinosaurs, and Noah's Ark are discussed in more detail.

Before, during, and after chapters on the Great Flood reveal the true nature of the greatest storm ever to befall planet Earth. As connected events, the nature of plate tectonics, volcanism, and glaciation are considered in order of their occurrence. "Transitions" of a major group of animals into another group by the evolution theory are discussed, illustrating the contradiction to God's simple words as narrated by Moses in the Creation account.

In this book, Intelligent Design is based on examples of natural history (ecology) as a complex set of external parts and behaviors working together to form life histories of certain animals. This, too, is an integral part of the miracle of Creation.