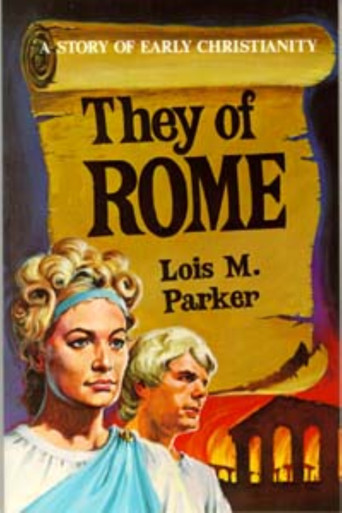 *Condition Note: Retired library book is well used yet well intact and sturdy and clean, with the exception of library markings.*

The world of Linus and Gilla crumbled about them. They were far from their home in a strange country with different language and customs. Their father, King Cogidubnus, had sent them to the city of Rome, where they would grow up as hostages to ensure their father's loyalty to the Empire.
But in Rome they encountered a new faith spreading throughout the huge, teeming city: Christianity. Soon they accepted the Lordship of Christ and found themselves caught up in the struggle of the infant Roman Church to survive persecution.
"They of Rome" depicts the amazing and little-known story of the church to which Paul sent an epistle that was well received and beloved.