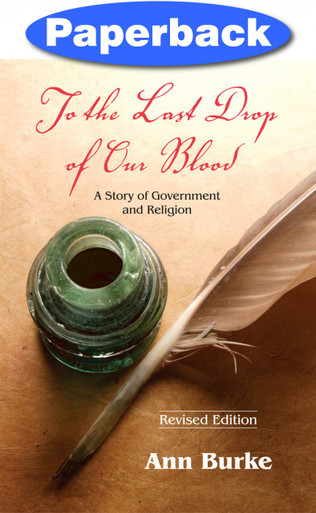 To the Last Drop of Our Blood - Revised / Burke, Theresa Ann / Paperback / LSI

On a balmy evening in late summer, a thickly wooded area near the shore of Lake Geneva is filling up with men. By the time the moon is high, the woods rustle with the quiet movements of some nine hundred, all armed.

Pastor Arnaud addresses the blended group of Waldensian and Huguenot volunteers. If anyone is afraid of the rack and the gallows, he tells them, they should turn back. If they wish to go on, they should sweat to fight faithfully to the death...

Arnaud and the nine-hundred kneel and pray at the lake's edge. A low voice and the sound of water lapping fill the night. There are muted amen's, a shuffle, footsteps, and the swish of fifteen little boats pushing off from land.

In To the Last Drop of Our Blood, Ann Burke sketches excerpts from the story of the Waldenses, a religious minority who for generations lived under the looming shadow of the religion in power. This re-telling may very well bring to mind a number of questions.

The answers we give will largely determine our future.