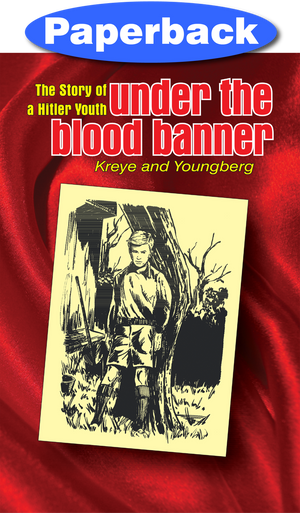 This story was experienced by Eric Kreye as a child. Although the story is directed primarily to Junior boys and girls, the hearts of many young parents have been captured as well. The authors have attempted to instill values, such as loyalty to family, allegiance to country, honesty, integrity, and faithfulness to God.
Eric spent some time with his father in Germany prior to the writing of this story to get an adult's view of Hitler's philosophy. Also he wanted to make sure that his memories of World War II were as accurate as possible— to make the story not only interesting, but meaningful to the young reader.
Eric's primary purpose for sharing his personal story, regardless of the age of the reader, is to show how this great and amazing God of the universe carefully guards and guides each person on Planet Earth!
His second purpose in sharing his experiences is to help counteract the false belief today among some that the atrocities against the Jews during World War II are pure fabrication.
Finally, he wants to encourage every reader to do whatever is possible to stop the ever-increasing violence, oppression, abuse, hate, and immorality in our flawed, yet beautiful world. There is a better way. Peace, security, and happiness are possible through the grace and power of Jesus Christ.

Available in e-book format from: