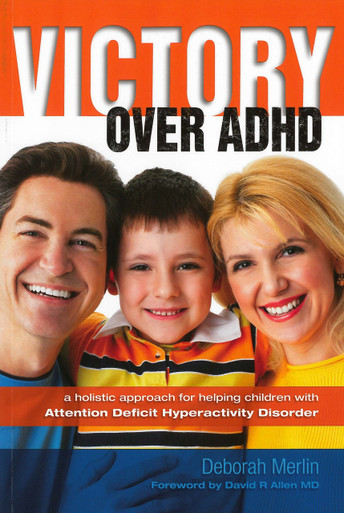 Sorry but this item is currently unavailable.

Please check back at a later stage.

You CAN Overcome ADHD!
My story is about my struggles of raising two sons, who were born ten weeks premature. Both had many developmental delays and were showing signs of attention deficit hyperactivity disorder (ADHD) by age three. By six years old they had been diagnosed with ADHD and all our psychologists and psychiatrists, and several teachers, recommended Ritalin to address my children's issues. I was desperate and willing to try anything to treat their symptoms. Yet, my husband said"No way" to Ritalin and was adamant about his beliefs, so I decided to support my husband's position.
I took my children off dairy products at six years of age, and that decision became the beginning of our alternative, holistic healing journey. I would spend the next seven years learning about and trying alternative medicine and lifestyle approaches. While some methods helped a little, there was no magic bullet that made significant changes in our lives, until my children turned twelve.
At age twelve, one of my twins became quite violent toward his brother and was developing serious antisocial behaviors. He was failing in school, and I was at a loss to know how to help him. After years of high hopes and disappointments in treating our children's ADHD, we finally found a natural, non-drug approach that actually worked and it had lasting, permanent change. The changes that occurred within ten days of treatment were so profound that I felt compelled to write this book. My hope and belief is that other parents and doctors will experience the same results as we have with this approach, and therefore I hope my story and suggestions give you hope on your family's journey to better health and happiness.