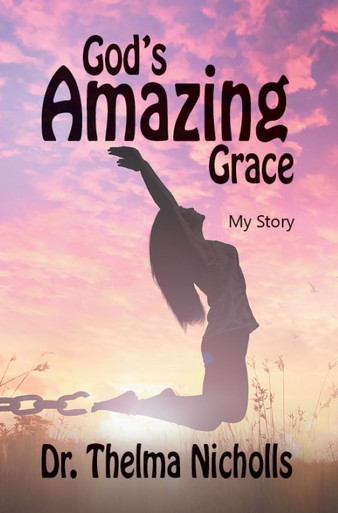 Thelma Nicholls was born into a poor family in Jamaica. Molested by her father, she developed an intense hatred for him and left home as soon as she was old enough. After two failed relationships, two children born out of wedlock, and turning her back on God, she left Jamaica for New York City. There, she encountered many ups and downs. The most important “up” was finding her way back to God and the Seventh-day Adventist Church.

There, she met Robert Nicholls, who eventually became her husband. When leaving Jamaica, Thelma had left her two sons with her mother, who soon lost them to their biological father and his family. It took her more than a year after her marriage to Robert to complete the steps necessary to bring her boys to the United States. Blending them with the new baby boy and Robert’s daughter from a previous marriage wasn’t easy.

Journey with Thelma as she rises above her humble beginnings to become a major as an army nurse and finds peace, joy, and forgiveness along the way.

Born and raised in Jamaica, Thelma Nicholls grew up as an only child but with extended family nearby. After moving to New York City as a young adult, she met and married Robert Nicholls. A few years later, they moved to Florida, where she pursued a nursing degree and worked in several hospitals before choosing to join the United States Army when in her mid-forties. An active Seventh-day Adventist, she lives in busy retirement with her husband and elderly mother in Killeen, Texas.

The above links will open in a new tab/window

Author available for Zoom and onsite programs or interviews.

To contact the author about speaking at an upcoming seminar or schedule an interview for TV, radio, or podcast-- Click HERE