Since 1984, TEACH Services has helped hundreds of authors publish and market their books. We are a full-service book publisher, offering authors editing, design, typesetting, printing, and marketing services. It is our goal to assist authors in producing a high-quality, professionally designed book.

We partner with other distributors, who operate multiple printing plants and distribution centers, as well as working with international partners* in:

This means that TEACH Services’ books are available through bookstores nationwide, overseas, and on our Web site. We currently serve over 40,000 bookstores and libraries in 220 countries including Amazon, Barnes and Noble, Books-A-Million, and many more online.

In addition to printed books, we are also actively engaged in the e-book market. Our titles are available in the most popular e-book formats including Amazon's Kindle, Barnes and Noble's Nook, Apple's iPad/iPhone/iPod, Google's Android devices, and many others. This is an increasingly important element of publishing as more and more book buyers transition from printed books to electronic books. For more information, click here.

Our publishing packages are designed for authors, who are not fully funded by TEACH Services, to get their book into world markets in an affordable manner. In addition, TEACH Services understands the Adventist market and has developed long-term relationships with the Adventist Book Centers, institutions, and retail customers who have been purchasing from us for years. Those books that qualify can be directly marketed to the Adventist community.

What Makes a Book a Best Seller? 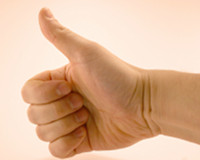 “A bestseller is a book that is identified as extremely popular by its inclusion on lists of currently top selling or frequently borrowed titles that are based on publishing industry and book trade figures and library circulation statistics and then published by newspapers, magazines, or bookstore chains. Some lists are broken down into classifications and specialties (number one best selling new cookbook, novel, nonfiction, etc.). The New York Times Best Seller list is one of the best-known bestseller lists for the US. The New York Times Best Seller list tracks National and Independent book stores, as well as sales from major Internet retailers such as Amazon and Barnes & Noble.”

“In everyday use, the term bestseller is not usually associated with a specified level of sales, and may be used very loosely indeed in publisher's publicity. Bestsellers tend not to be books considered of superior academic value or literary quality, though there are exceptions. Lists simply give the highest-selling titles in the category over the stated period. Some books have sold many more copies than contemporary ‘bestsellers,’ but over a long period of time.”

Many authors believe their book should sell a million copies; however, most times that’s just a fictional Hollywood portrayal. In reality, only a handful of writers will ever write a best-selling book and it always depends on what you are comparing and some important variables, such as:

Consider This...
In the secular world, the number of books being published in the United States has exploded. Many book categories have become entirely saturated, with many books on every topic. With so many in each field, it has become increasingly difficult to make any book stand out. Each new title is not just competing with a million or more recently published books, but they are also competing with millions of previously published books and public domain reprints that are available for sale.

Bowker reports that over three million books were published in the United States in 2010 (May 18, 2011 Bowker Report) and this does not take into account any for the foreign English editions. More than two thirds of these books are self-published books which includes reprints of public domain works and other POD (print-on-demand) books, which is where most of the title growth in recent years has taken place. Unfortunately, book industry sales are mostly stagnant or declining, despite the explosion of books published. Most increases have been in the e-Book portion. According to research by Alan Finder in The New York Times (Aug 15, 2012) "... most self-published books sell fewer than 100 or 150 copies...." This means that most will have life-time sales of less than 1,000 copies.

Steve Piersanti has found that "A new book has less than a 1% chance of being stocked in an average bookstore. For every available bookstore shelf space, there are 100 to 1,000 or more established titles competing for that shelf space." What does that mean? Well, the number books that cover Daniel and Revelation topics stocked in an average ABC might be 10 to 20 different editions and authors. yet there are more than 100 Adventist books that touch on this subject in print or that cover this subject—all fighting for a portion of that limited shelf space. Some well known, while others are unheard of.

We are in the early stages of an explosion in digital versions of books and digital sales channels for books and portions of books. The thin margins in the industry, complexities publishing, competition, new technologies, and changes in competing  similar media will lead to even more changes and challenges.

In the real world, as you consider publishing your book as a seasoned or first time author, remember we are living in a time where many think, “I am rich, and increased with goods, and have need of nothing" (Rev. 3:17). God gave you the message and the testimony to share, and rightly so He will use it to bless readers, but always keep in mind that "one soul saved for Christ" will be worth all the time and effort involved in publishing your book regardless of the number of copies sold (RH April 1, 1880).

Where Does Each Publishing Dollar Go? 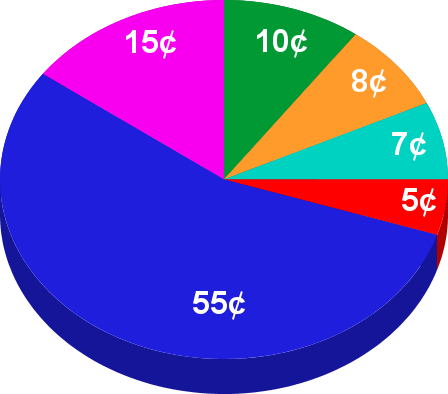