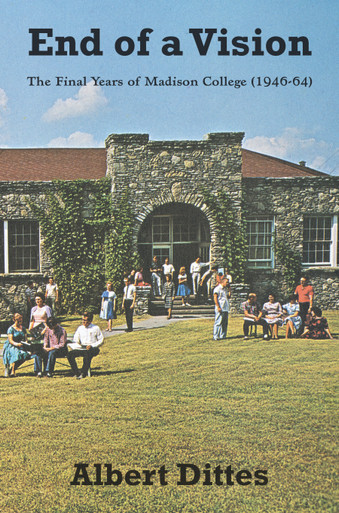 This book details how and why Madison College closed. It takes a fascinating look at the reasons why a self-supporting college ultimately had to shut down.

“On April 22, 1959, the board of the Nashville Agricultural and Normal Institute (N.A.N.I.), better known as Madison College, voted to start construction of a new hospital facility and to hire a professional fundraising team. The minutes called for ‘immediate steps to be taken to put into operation plans for a central unit from which additions may be made from time to time as needed.’

“The hospital, dedicated in June of 1908 as Madison Rural Sanitarium, had fulfilled a dual role in the life of the Nashville Agricultural and Normal Institute (N.A.N.I.) which had been founded in 1904 and consisted of a farm and sanitarium in addition to a school. The unique purpose of Madison had been to serve as a training base for lay Seventh-day Adventists wanting to extend the mission of the church into the then-underprivileged South. The hospital played an important role in this vision, giving the institutions contact with their communities and also bringing in needed money. Madison Sanitarium and Hospital not only served as the financial base of the self-supporting Adventist movement, but also helped meet the medical needs of the eastern section of Nashville and Davidson County. Its financial strains would affect the entire institution as well as its affiliated self-supporting units looking to it for leadership.”

“I believe that many people who have in any way had a relationship to Madison College, directly or indirectly, will find this riveting story of its decline and closure very enlightening.” ~ Mary Elizabeth “Ikey” DeVasher, PhD, CRNA Dean Emerita/Adjunct Faculty Middle Tennessee School of Anesthesia, Madison, TN

“Albert Dittes is a student of the Madison School and his approach to this book on Madison’s closing is very thoughtful and well researched. I recommend his book for your reading.” ~ Jim Culpepper, Exec. Sec/Treas , Madison College Alumni Association

“I had no idea that the school was in such shape at the time I was there. I still grieve for Madison College as I hold it to be a wonderful place for people such as I who did not have the means to attend the local union college. For me Madison was a place of refuge and a place that I learned to really appreciate.” ~ Harry Mayden, President Madison College Alumni Association

Available in PAPERBACK and coming soon in eBOOK formats.

Albert Dittes is a semi-retired freelancer living in Portland, Tennessee. Both of his parents attended Madison College, and his grandfather's first cousin taught on the faculty there for many years. His background includes pastoral ministry, newspaper reporting and teaching journalism. Telling the Madison story appeals to his lifelong love of history. In addition to writing, he currently works as a musician in three churches.