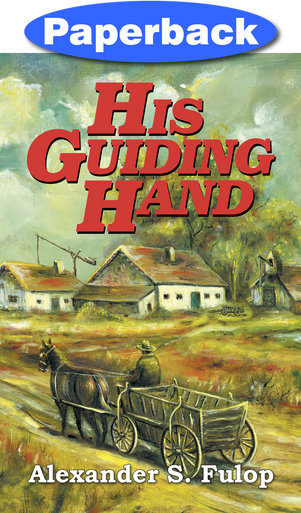 Alexander Fulop experienced the hardships of life at an early age when his father passed away. Unable to take care of her three children on her own, his mother split the family up and sent the two boys to live with relatives in another town. Alex felt isolated and alone on his grandparents’ farm watching the cows, but it was there that his grandmother took him to church and read from the Bible. Alex learned about the God of heaven who loves us and died for our sins.

The loss of his father was not the only trial Alex faced in his native Hungary. World War II and the subsequent occupation of the country by Russia caused for much heartache and confusion. But through it all, Alex acknowledged the protection and guidance of his heavenly Father. Although not always able to see the hand of God in the midst of the chaos, looking back, Alex can clearly say, “He guided me all the way!”