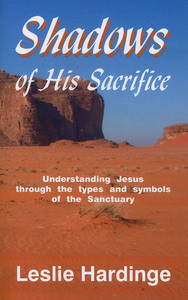 Sometimes questions are asked regarding the value of a detailed study of the sanctuary. "Why, when we have the Christ of the New Testament, do we need to go back into the Old?" I find no problem in the way of such a study. You have seen the beautiful illustrations in the books that are sold in Christian bookstores. Do you think that the artist painted these from memory? Why no! He used many models.

Today these models, living and inanimate, need not sit for long hours before the artist. He simply takes a colored transparencies of the sections of his picture by posing the model for a few minutes. When he is ready to paint, he works these colored segments together, studying each part in detail. It is for a similar reason that God has given us the details of the sanctuary. We should study each part minutely. Only then will we be able to see Christ in His fullness. We can comprehend only one point at a time. Jesus is the Sacrifice. He is also the priest. He is the Shekinah, and He is also the veil. He is "every whit!" In order to discern the Lord Jesus Christ, the Lamb of God, the Mediator of mankind, the Saviour of the race, the Redeemer—King , we must synthesize all aspects of the tabernacle.

While we may spend time on one part of His ministry, we should keep in mind that He is many-sided. It is only thus that we will come to understand "the One Who is altogether lovely, the chiefest among ten thousand," our Lord and Savior Jesus Christ.

Leslie Hardinge was born in Calcutta, India, and was educated in England and America. He received his undergraduate degree from La Sierra University, Riverside, California, and then went on to earn three advanced degrees at the Adventist Theological Seminary in Washington D.C. and finally his Ph.D. from the University of London in 1964.

He began his ministerial career in the South England Conference in 1933, serving first as an intern and then pastor evangelist. Coming to America in 1947, Hardinge became a Bible teacher first at Union College, Lincoln Nebraska, and then in succeeding years Columbia Union College in Washington D.C. Newbold College in England and Pacific Union College, Angwin California.

During a hiatus from teaching from 1973 to 1977 he came to southern California to pastor the Glendale City church and then his focus returned to education when he became president of Adventist University of the Philippines (formerly Seventh-day Adventist Theological Seminary, Far East). At AUP he planned and built a library for the seminary and dedicated his personal library of almost 1,000 books to it.

Probably best known for producing audio tapes for the weekly Sabbath School lesson, a favorite of Sabbath School class teachers in many countries for some 28 years, Hardinge's teachings were distributed by The Spoken Word. An authority on the Isarelite Sancturary, he often said that if people could understand what happened in the sancturary, they would understand the relationship between God and man. Mr Hardinge, was married to Mary, and had one daughter Judy, three grandchildren, and two great grandchildren.