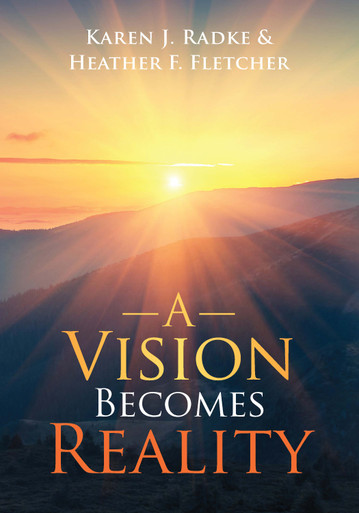 A Vision Becomes Reality is the story of how a Seventh-day Adventist educational institution, West Indies College (now Northern Caribbean University) in Mandeville, Jamaica, collaborated with a Seventh-day Adventist health care institution, Andrews Memorial Hospital in Kingston, Jamaica, to develop and implement the Department of Nursing Education and the first baccalaureate nursing programme in Jamaica. This is the first time the early history of this endeavour has been published.

Many individuals provided information on the history of this landmark programme in Jamaica. Without the help of the numerous people involved in the story of the college, hospital, and baccalaureate nursing programme, this account would not have been possible.

It is the authors’ hope that the content will provide information on the early history of Seventh-day Adventist higher education and medical work in Jamaica as well as provide a blueprint of the process used in developing what is now Northern Caribbean University Department of Nursing and its baccalaureate nursing programme as it reaches its fiftieth anniversary in 2020.

“These authors take us on a journey that shows the faith and courage of visionary administrators [and] teachers…within the Seventh-day Adventist church school system and government institutions, as they provided expertise and direction….A must read….” Beverly Henry, JP, MA, Northern Caribbean University

“Radke and Fletcher provide a valuable contribution to archiving the legacy of Adventist nursing education globally which can be described as courageous, innovative, and ahead of national norms.” Patricia S. Jones, PhD, RN, FAAN, General Conference of Seventh-day Adventists

“It was rewarding to read of [Hiram Walters and other key persons’] strong faith and to watch a program of such small beginnings flourish…under God's protecting hand. The book closes with comments from former students sharing their…achievements as they moved out into the world to bless others with their healing skills.” June Kimball Strong, prolific author and speaker

Karen J. Radke was acting chairman, West Indies College Department of Nursing Education, Jamaica, from 1972 to 1973. She has a BSc degree in nursing from Loma Linda University and MSc degrees in nursing from Boston University and Texas Woman's University. Early in her career she was a public health nurse and a family nurse practitioner. Radke eventually earned a PhD in physiology from Indiana University School of Medicine. For several years Dr. Radke taught courses at the University of Rochester, New York, and conducted research on hormones that influence renal function and blood pressure. Radke then became the associate dean for academic affairs, University at Buffalo School of Nursing, The State University of New York. Dr. Radke is now retired.

Heather Faith Fletcher was director of the Department of Nursing at Northern Caribbean University, Jamaica, from 2001 to 2008 and again from 2014 to 2019. She taught for more than twenty-six years at Northern Caribbean University, conducted aging research with presentations at local and international conferences, and published articles on geriatric issues in academic and professional journals. Fletcher is a graduate of West Indies College with a BSc in nursing and is a registered nurse. She holds a MSc and a PhD in nursing from Loma Linda University. Fletcher is the recipient of several awards and was inducted into The Honor Society of Nursing, Sigma Theta Tau International. Dr. Fletcher contributes to nation building in her capacity as a consultant and mentor.