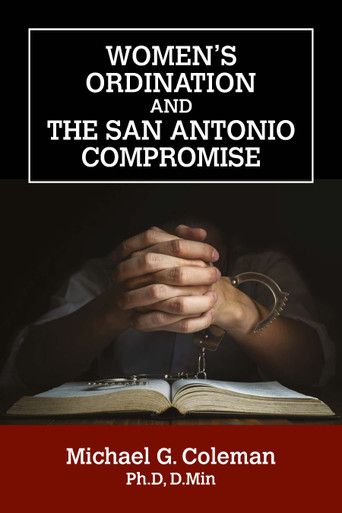 Compromise is necessary within society when there are competing interests at play. However, certain concessions simply delay the inevitable. When the United States lawmakers attempted to stave off conflict over the subject of slavery with the Missouri compromise, the effect was only temporary. The Seventh-day Adventist Church may be facing a similar situation over a compromise that was intended to respond to competing interests in the church regarding women’s ordination.

Guided by the principles of biblical interpretation that helped to found the Seventh-day Adventist Church, veteran New York pastor, Dr. Michael G. Coleman, finds in Scripture the basis for resolving the standoff that exists within Seventh-day Adventism over women’s ordination. He proposes a biblical solution to avoid the trend that has overtaken other Protestant churches. His response is a thoughtful, biblically faithful, and user-friendly resource. He encourages administrators, pastors, and laypersons to consider the evidence prayerfully and thoughtfully.

As a pastor for 30 years in New York, Dr. Michael G. Coleman has had the privilege of leading many people to Christ and equipping them to become mature disciples. He is passionate about serving God, and he loves people of all ages and ethnicities. His academic background includes a Ph.D in business administration from Montemorelos University in Mexico and a Doctor of Ministry degree in leadership and discipleship from Andrews University. He also holds a MA in history. He is the author of Reflections on Issues in Music and Worship (2019).