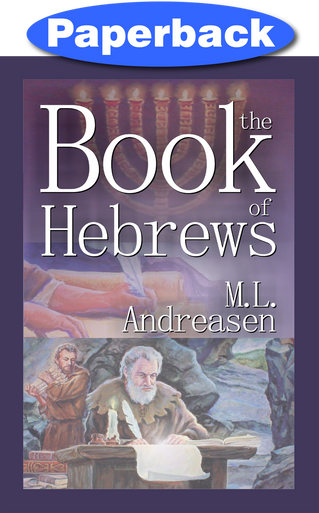 The book of Hebrews appeared during a critical time in the history of the early church. The destruction of Jerusalem was impending and many of the believers believed the end of the world was near. However, Paul warned the church against entertaining a false hope, for he knew they were misguided with their beliefs. It was a critical time—the apostles were passing away, and soon the church would be left alone. It was in this hour of perplexity that the book of Hebrews appeared with needed light and comfort. The people needed a clear conception of the work Christ was doing for them in the courts above, and this book explained the delay in His return, and restored their wavering faith.

The conditions and problems which the church then had to meet are not unlike those facing the church today. While the early church was living at the time of the fulfillment of the first part of Christ’s prophecy—the destruction of the city of Jerusalem and the temple, we are living at the time of the fulfillment of the second part of the prophecy—the coming of the Lord Jesus in the clouds of heaven. As there was misconceptions of Christ’s work in the sanctuary then, so there are those now who likewise err. There is as much need today of a thorough study of the Scriptures as there was then, and more so.

The book of Hebrews was a great factor in stabilizing the apostolic church in the crisis hour before the fall of Jerusalem, and it is hoped that a discussion of the mighty themes of the book of Hebrews will be of some help to the church of God today. All need to have their eyes fastened on our great High Priest and the work He is doing in the sanctuary above. And may it be the blessed privilege of many with “boldness to enter into the holiest by the blood of Jesus, by a new and living way, which he hath consecrated for us, through the veil, that is to say, his flesh.” (Heb. 10:19, 20.) This was the prayer and hope of the author of Hebrews, and this also is the hope of the author of this volume.