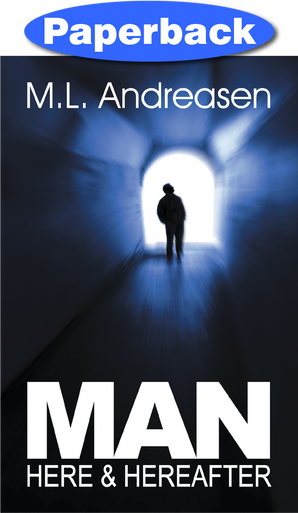 Using the Bible as its foundation and guide, Man: Here and Hereafter explores whether the dead are conscious, whether the soul is immortal, and the eternal torture of the wicked. This book provides comprehensive coverage of the disputes over these teachings and attacks controversial subjects such as an eternally burning hell, immortality and the age-old argument of the rich man and Lazarus. The passage of almost a century has hardly made this book obsolete, since it deals with fundamental issues of Biblical interpretation on the doctrines concerning the state of the dead. Combining biblical statements along with irrefutable arguments, Andreasen decisively destroys the doctrines of the immortality of the soul and eternal torment and builds a solid foundation upon which all Christians can build their beliefs. All people, whether they affirm or deny that men and women have souls that go to heaven, hell, or purgatory upon death, will find Andreasen's book spiritually profitable to read. Whether you have ever heard about the Biblical teaching concerning conditional immortality or have known it your whole life, you should fine M. L. Andreasen's Man: Here and Hereafter spiritually insightful and mentally uplifting. One of the greatest weights seriously committed Christians can bear is their belief in eternal torment. Once you read this book you'll be amazed how much anxiety can be lifted off your mind by accepting the belief that immortality can only be found by embracing Christ as Savior.

Milian Lauritz Andreasen (1876–1962), was a Seventh-day Adventist theologian, pastor and author. He served as president of the Greater New York Conference, president of Hutchinson Theological Seminary, dean of Atlantic Union College, dean of Washington Missionary College (now Washington Adventist University), president of the Minnesota Conference, president of Union College, Nebraska, and field secretary of the General Conference. He taught at the Seventh-day Adventist Theological Seminary (now located at Andrews University) from 1937–1949, and was recognized as a leading denominational scholar on the Sabbath, atonement, and related topics.