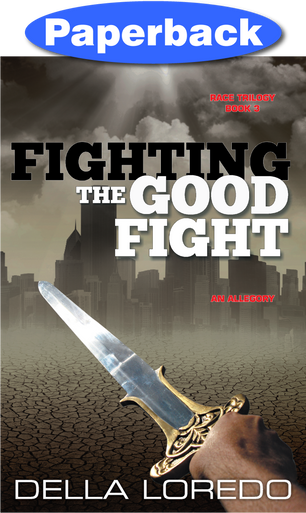 Life as Stanley knew it was ending. He could see the signs. He knew that Stan Moden, his biological father, was forcing Doug's hand toward war.

But Stanley's three siblings were still on the wrong side of the conflict, and he ached to rescue them from their plight. Though now in his thirties, the shadows of his brutal childhood still haunted him. Yet his brothers and sister remained trapped in that home so void of compassion, so full of violence and hatred, distrust and lies. Stanley longed to share with them all he'd learned from Chris and Susana, his adoptive parents. He yearned to tell them about the saving power of Joshua's sacrifice, about Doug's love and mercy. Before it was too late, they needed to know that they had a choice—that they too could experience the joy of trusting Doug, the peace of knowing truth, and the security of a loving family.

Yet time was so short! Even if he could get a message to them, they still had to make the choice. Would they choose goodness or evil? Love or hatred? Life or death?

Della fell in love with books at an early age and began writing shortly thereafter. Her first piece of fiction was "published" in the form of a play that her sixth-grade class performed for a school assembly at Saticoy Elementary School in her home town of Ventura, California.

She completed a B.A. in psychology and an M.D. at Loma Linda University in California. Her residency was completed at Baystate Medical Center in Massachusetts. Following this, she worked for the Public Health Service in rural Alabama and then returned home to California, where she joined a private practice in Ob/Gyn. After contracting viral encephalitis (an infection of the brain) in 2001, she rediscovered the joy of writing while convalescing.

Della now lives in San Diego with her husband and an ever-changing brood of pets.