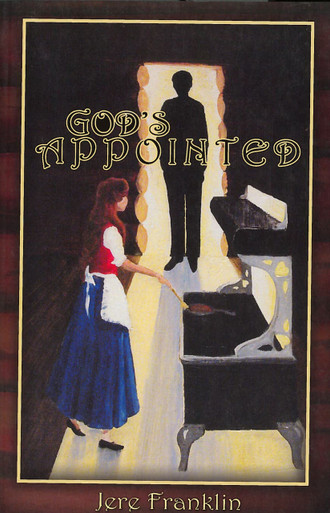 Have you ever wondered if there was a precise plan for finding your soul mate? Kevin, the leading character in this story, had been hurt by break-ups and social competitions. He became convinced that the modern dating program contributed to marital difficulties and divorce. From ancient writings Kevin discovered a plan, time-tested and inspired. God does have someone uniquely suited to every person who is called to marriage. This soul mate is "God's Appointed."

Linda Franklin lives in the Peace Country of Northern British Columbia. She enjoys writing, is a gifted illustrator, and devoted grandmother.

Books by Linda Franklin: You Can Survive (also available in Spanish), Country in My Heart, God's Appointed, Rainbow Series: "Rainbow in the Flames" (Book 1) and "Shadows Point to Rainbows" (Book 2), and On a Wing and a Prayer Series: "Just a Little Higher" (Book 1), "Staying Aloft" (Book 2), "Climbing the Heights" (Book 3), and "Such Sweet Songs" (Book 4).