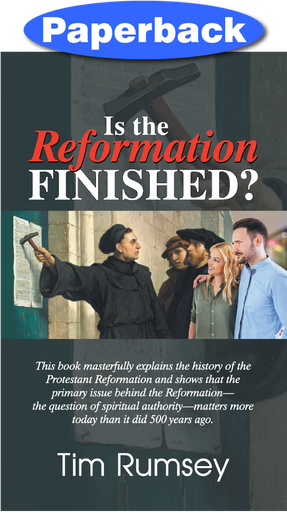 When Martin Luther nailed his Ninety-Five Theses to the door of that Roman Catholic church in 1517, his goal was to reform, not splinter, Christianity. The nails that sunk into that door, however, quickly fractured a religious and political system that had dominated Europe for a millennium. Five hundred years later, the aftershocks of the contest between papal power and the authority of the Bible continue, even as many claim that the Reformation is now finished.

In today's world where all churches and all religions are called to unite under the banner of visible unity, we must not forget why the Reformers chose to separate, and why they were willing to die for this choice. The final battle still lies ahead. The Reformation is not finished—it has only just begun!