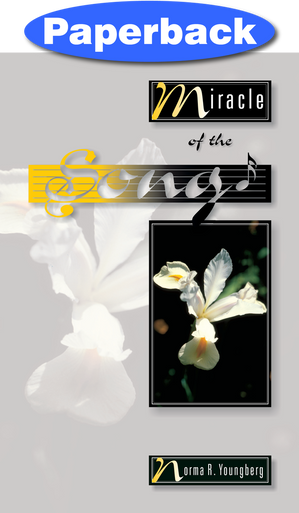 Teejah, a widowed mother of two young boys, is faced with the worst possible of all tragic circumstances. When faced with the possible loss of her beloved sons, she must choose between a newfound faith or her deep-rooted belief in the ways of Teepoo, the village witch doctor. Teepoo cannot accept Rindoo and his teachings from the "Black Book" and is determined to destroy anyone who succumbs to it's message.

A 14-year old boy, Damin, Teejah's oldest son, is about to embark on a journey that will lead him to a place where peace and happiness live in harmony. During his search for the elusive "white orchid," Damin encounters danger and Teepoo's evil ways. His discovery, that a deep faith is more powerful than any great warrior, may have come too late to save his own life!

Norma Rhoads Youngberg was born in Iowa and grew up in South Dakota. She comes from a family of teachers, missionaries, and writers. Her father, the late Bert Rhoads, taught school for fifty years and has written several books for children; her sister, Mildred R Bennett, is a recognized authority on Willa Cather.

In 1916 Norma Rhoads married Gustavus B Youngberg, a Protestant missionary, and she and their first child went with him to Malaya in 1919. The next years were spent in Singapore, British North Borneo, Sarawak, and Indonesia. They pioneered among headhunters on the Tatau River of Sarawak. During twenty years of service, they became parents of five other children, all of whom are now engaged in some form of Christian endeavor, either as doctors, nurses, or teachers. In 1940 the family returned to the United States.