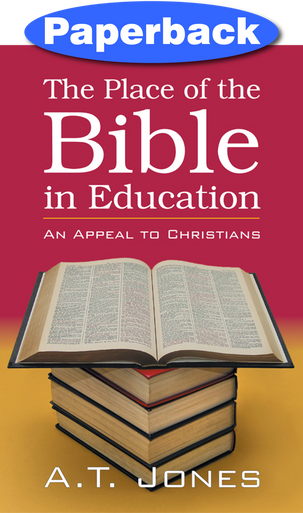 Place of the Bible in Education, The / Jones, Alonzo Trevier / LSI

Christian education has all but disappeared from the majority of educational systems around the world. As governments limit or banish God from among our schools in the name of "separation of church and state," we find the very foundation upon which many schools began disintegrating before our eyes.

This is not a new problem. Over the centuries people have had the same concern of what is true education and the place of religion in the educational system. Among these were the newly devoted Christians arising from the Great Advent movement sweeping North America during the 18th and 19th century. Author Alonzo T. Jones, an important figure in the Great Advent movement, felt that Christians should take a solid look at the educational systems of that day.