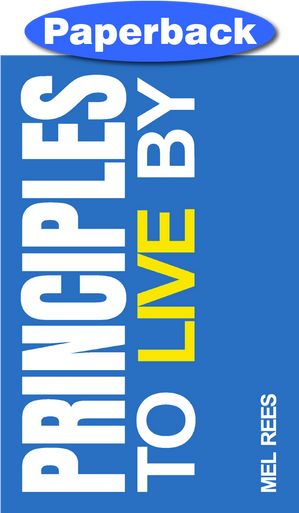 Mel Rees (1906–2004) was a native of Portland, Oregon. A graduate of Laurelwood Academy and Walla Walla College, he spent a number of years in the private sector before being called into the ministry. He served in the Greater New York, New York, and Oregon Conferences, and in the Columbia and North Pacific Unions.

He was one of the first to see the importance of stewardship education as outlined in the Bible and Spirit of Prophecy. He shared these principles with people as far north as St. Lawrence Island in Alaska and as far south as Cape Town, South Africa.

After retiring in 1975, he held Principles to Live By seminars in the United States, Mexico, Central America, South America, and the Caribbean. He believed that religion should be simple and that people should live by principle rather than rules—as Jesus taught.

Mel and his wife Chris lived in Woodland, Washington, in a beautifully wooded area where they had an orchard, berries, and a garden. They raised far too much for two people, but enjoyed sharing, which they considered a divine privilege.