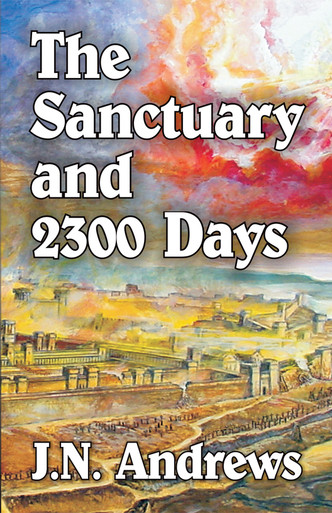 In presenting this most important subject for the consideration of the people of God, we invite the candid and prayerful attention of all who have ears to hear. It is well understood by thousands that the great disappointment of the Advent believers arose from the fact that they believed the cleansing of the sanctuary to be the burning of the earth, or some event to transpire at the second advent of the Lord Jesus; and as they could clearly establish the fact that the 2300 days would terminate in the autumn of 1844, they looked with the full assurance of faith and hope for the glorious appearing of the Son of God at that time. Painful and grievous was the disappointment; and while the heart of the trusting was bowed with sorrow, numbers were not wanting who openly denied the hand of God in the Advent movement, and made utter shipwreck of their faith.

As the subject of the sanctuary of the Bible involves the most important facts connected with our disappointment, it is worthy of the serious attention of all who wait the consolation of Israel.

Those who have any interest in the Advent movement cannot be otherwise than deeply interested in the question of our disappointment. To examine this question with candor and fairness, and to set forth the reasons why their expectations were not realized, is the object of this work.

This book covers the following topics:

John N Andrews (1829-1883), born July 22, was the son of Edward Andrews, a believer in the Advent message who lived in Paris, Maine. Soon after the disappointment of 1844, the Sabbath truth came to the Andrews home through T M Preble's article in The Hope of Israel, and seventeen-year-old John believed at once. A few years later he was traveling with Elder and Mrs. James White, preaching and writing.

His contribution as a writer matched his other achievements. Beginning as a corresponding editor of the Review and Herald, he produced a large quantity of periodical and book material. He was on the editorial staff of the Signs of the Times from 1875 to 1881. Elder Andrews at once became prominent and later served as president of the General Conference, 1867-1869. He became the first Seventh-day Adventist foreign missionary by going to Switzerland in 1874, to preach, write, and organize the Central European Mission. He was founder and editor of Les Signes des Temps. He died in Basle, Switzerland on Oct 21, 1883.

Author of Three Messages of Revelation 14