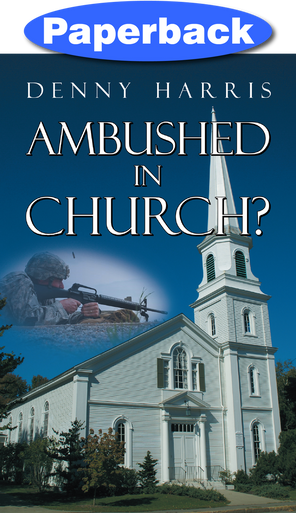 I married this author the year after he returned from Vietnam. It wasn't long before he began having what we later learned were night terrors and he stopped sleeping. With the arrival of children, his struggle with PTSD created challenges when dealing with our three wonderful active sons. This book is a culmination of his years of seeking and learning. These words are not meant to hurt any person nor denigrate anyone's belief system. He writes as he has discovered through much prayer and study and only wishes to help other Vietnam veterans and the rest of us learn as he has learned.

He served in the Vietnam theatre in 1967–1968 as a combat medic. The war had reached a boiling point as evidenced by anyone who served there during the Tet Offensive of 1968. He knows what it is like to be under attack from both the enemy as well as for his faith in God.

Well aware that what he has written here will likely bring him under attack again, he is still determined to make known the truths that have been lost sight of through the years. It may surprise many to learn of the deceptions that are believed and taught in churches by many with sincere hearts. He was dedicated to saving lives in Vietnam and he is dedicated to saving souls now from the deceptions that have infiltrated the church.

He praises God for the many times his life was spared and for each new day to live.

His prayer each day is that the Lord will take the words of an unprofessional writer and make known the simple truths of God's Word to every reader of this book. --Sandy Harris